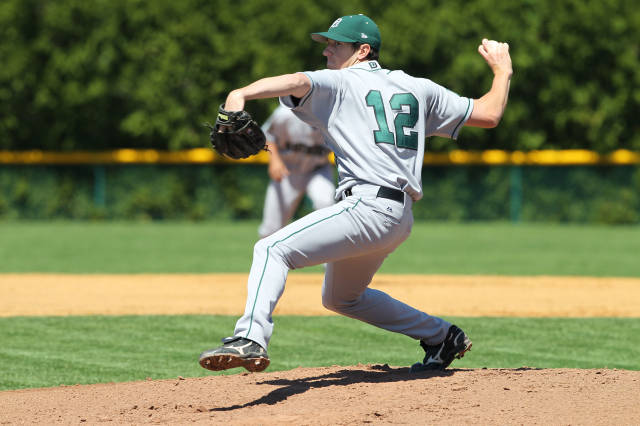 Looking back at the inaugural draft, you sent almost all of your picks to other teams in exchange for amateur draft picks. Anything that you wish you had done differently regarding those trades?

Not really honestly. Maybe I could have played it out to get a bit more value, or maybe I could have mixed in a good mix of inaugural and amateur talent to compete sooner, but I am very happy with how the process has turned out.

Six amateur drafts have passed by this point, and you’ve had 11 first round picks. What have been your favorite moments in any of these drafts?

Honestly just the sheer amount of picks those first couple of years. Knowing I could pick between a couple of guys and then pick my 2nd choice a couple of picks later was awesome. Being able to look back at that first draft and see my starting RF, starting 2B, RP, and 4 of the 5 members of my rotation.

What memories do you have from the inaugural draft? (For reference, your first five picks were: 108, Edgar Arreola; 133, Nolan Goeckeritz; 168, Wilfredo Lopez; 193, Francisco Rivera; 228, Chad Collins)

The utter chaos of offering up the 13th pick for a 1st rounder. I believe I got something like 20 messages within 5 minutes of putting the deal up for trade.

Do you have any trades, signings, or picks that you regret as a GM?

Yoshimoto was a pretty bad signing that I had. Obviously drafting Francisco Rivera and Nolan Goeckeritz in the inaugural drafts turned out to be pretty bad. On the amateur side i don’t really have any bad picks in terms of WAR, but Christian Hodge is the first one that comes to mind. He has struggled with injuries and is finally hitting AAA after being drafted in 2021.

What trade(s) do you remember the most, and why?

I don’t do a lot of trades (besides the original ones), but a couple stand out. The trade to trade away the rights to pick Golden/Paddock (I would have taken Paddock). I don’t remember the exact return I got, and losing Paddock sucks, I was able to still grab Sarnes and Alex Rodriguez in that draft.

The other trade I (fondly) remember is trading my 2nd round inaugural pick to Atlanta for the 1st overall pick in the amateur draft, which I used to select Mike Todoroff. Obviously Todoroff has been instrumental in my rebuild process.

You’re set to get to the Premier League. After being so bad for so long, how does it feel to be on the verge of promotion? Have you noticed a change in competitiveness/philosophies between the levels?

Not really honestly. Obviously the competition level has increased, but from a smack talk or competitiveness level there isn’t too much. Everybody wants to win so that shows through.

What was your favorite moment in the group chat?

What do you see in the future for you franchise?

Hopefully we can make the PL this year and can stay there for years to come. I am worried a bit about the depth of my farm, but being the youngest team in the CBA, I have some time. My biggest goal (besides actually making the PL) is to lock up my core. I already was able to lock down Vasquez and Brasted who were my only 2027 free agents and now turn my focus to Shinkle and Todoroff who will be free agents after 2028.

One thought on “Bay Area One Year Interview”