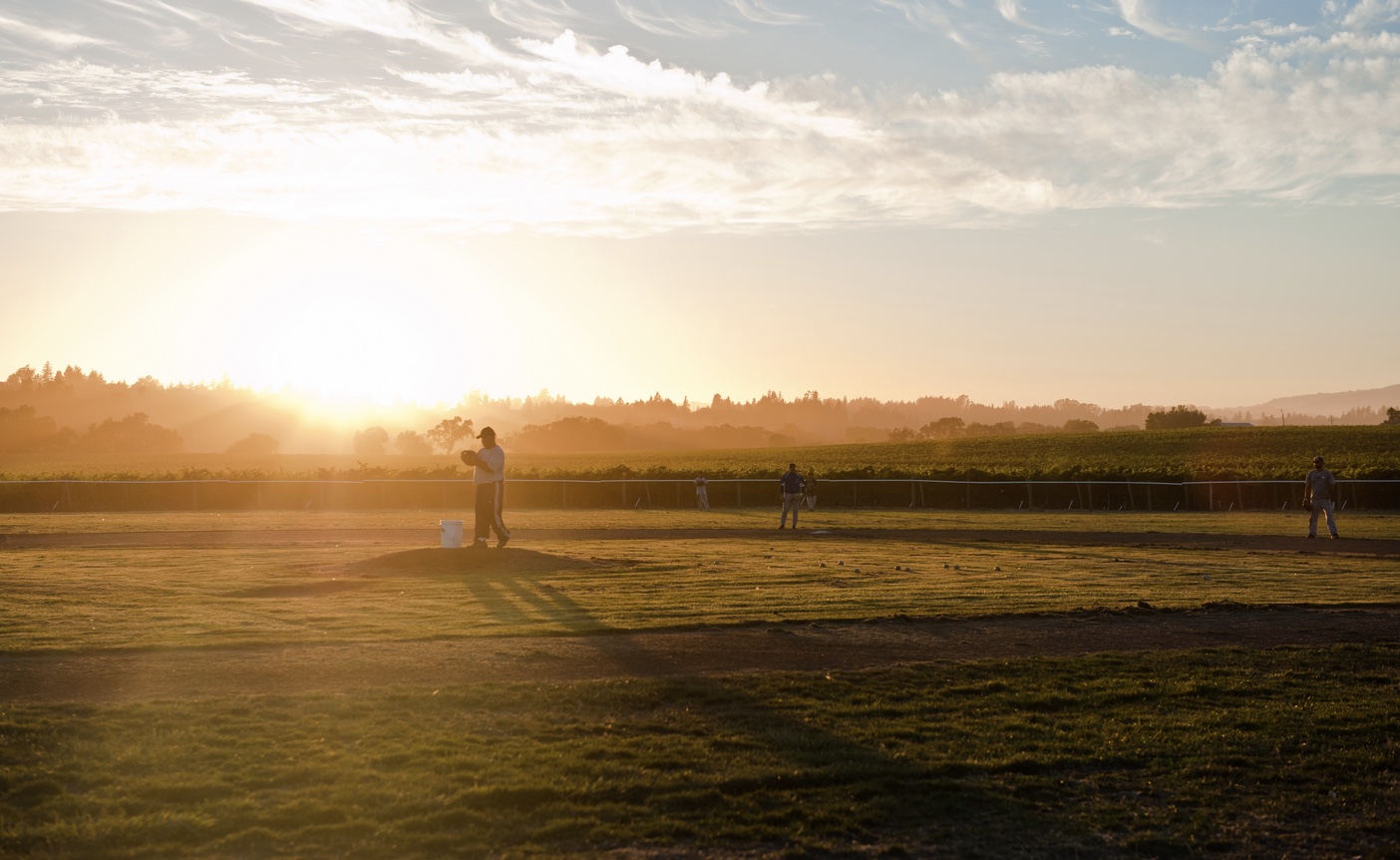 An old adage about parenting claims that the days may crawl, but the years fly by, and this is also a perfect way to describe life as part of the Championship Baseball Association. For general managers, players, and fans, each fall grinds to a glacial pace, with a seemingly endless wait for the hot stove stoked by free agency, the arrival of international free agents, and the eventual start of winter ball. It often feels like spring will never return. But focusing too much on the next year, the next fresh season, the next opening day opens us up to the possibility of under-appreciating our present and our recent past.

The big right hander they call “Blinky” exploded onto the scene just over a decade ago as perhaps the most heralded pitcher to ever join the CBA from abroad. The Dominican Pedro Martinez disciple had it all—explosive stuff, filthy movement on his four pitch repertoire, and pinpoint control. His stocky 6’3” frame coupled with his textbook mechanics made him seem bulletproof, and he even possessed catlike reflexes in fielding his position. He was, simply put, the total package.

A bidding war ensued, and the perennially pitching-bereft Denver Wolves came out on top, inking him to a rich six year deal. Blinky was seen as the missing piece in Denver—the one component that the underachieving club needed most, a true ace. His jerseys flew off the shelves and the rabid media clocked his every move through spring training and the beginning of the season. His opt-out clause in the event of a Denver relegation was seen as nothing more than a formality…an afterthought.

Blinky delivered, posting the finest season ever by a Wolves hurler (5.5 WAR). Sadly, his teammates did not, and with the Wolves sent unceremoniously back to the Silver League, Guzman found himself back on the market once again. It was impossible to discern at the time, but this would become a defining characteristic of Guzman’s CBA career—kick ass, then move on.

He hit free agency four times and cashed in on each opportunity, earning a quarter of a billion dollars over a decade in the Premiere League. He won awards. He set records. He won championships. He, quite literally, did it all.

What he never expected was to find himself sitting quietly in a bullpen in the Dev-B wilds of Central City, Colorado (population 663)…wondering if the phone would ever ring for him again.

Stints in Detroit and Cincinnati earned Blinky Pitcher of the Year honors and championship rings, one for each club. He began to show his age at 34 with Sacramento and didn’t quite live up to his eye-popping $44 million annual salary with the Golden Bears. Denver came calling, having been unable to replace him since his departure, and in 2032 he was back where it all began, in the Denver Wolves’ clubhouse with the hopes of a franchise weighing on his shoulders after a deadline day trade. He went 1-5 down the stretch for Denver, with an unseemly 7.80 ERA. But he took the ball every fifth day, gave his team innings, and provided a veteran rotation presence the club sorely lacked. This was enough value that Denver brought him back, and he marched on with 27 more PL starts in both 2033 and 2034. He eclipsed 100 career wins and breezed past 1,000 Ks.

In the spring of 2035, it all fell apart. He showed up to spring training looking like his usual self…until he took the mound. His once blazing fastball now topped out in the high 80s. His 12-to-6 curve had lost its knee-buckling snap, and his changeup was a shadow of its former self with the narrowed difference in velocity from his heater. He was shelled by PL hitters all spring, but still broke camp with the Wolves. The Denver brass was notably concerned, but they counted on Blinky to use his veteran wiles to redefine himself—to become a craftsman that could locate his pitches, paint the blink, and survive on guile and experience.

This did not happen.

Guzman made just two starts for the Wolves, and they weren’t pretty: 7 IP, 8 ER, 6 BB, and just 2 Ks. Even the starter-starved Denver rotation couldn’t handle sending him out there every fifth day. The club contemplated using him out of the bullpen, but opted instead to send him down to reserve level Boulder to see if he could recapture some of his magic.

He could not. Nine starts in Boulder saw him post a 2:1 walk-to strikeout ratio, zero quality starts, and a FIP over 7. A career redemption as a reliever seemed unlikely, but it was also his only option now, and the 38 year old legend found himself in Dev-A ball. He managed a pair of saves, but the rest of the experiment was not pretty, to say the least. He couldn’t improve on his BB/K ratio and his era crested at 9.53.

Guzman predictably went unclaimed when placed on waivers, after which he was bumped down to Central City, told that he would work out of the pen as a long man. The Bighorns bullpen was a crowded one, with ten spry youngsters all eager for their opportunities to step up. So Guzman continued to collect the checks from his $12 million 2035 salary and his $15 Dev-B per diem meal money. He worked with his fellow relievers, demonstrating the grip that he once used on his splitter to devastating effect in a 2026 no-hitter against Arizona. He instructed his teammates on slight revisions to their deliveries, their footing on the rubber, their landing points—anything he could do to help the team while he waited for the phone to ring.

But it never rang. The Bighorns season finished without Guzman getting into a game. The Dev-B squad missed the playoffs, and there was no chance that the big club would summon him again. It was over. The season was done. The only question remaining: was he? All signs point to the obvious answer, but Blinky holds a $10 million player option for 2036, and he has been very quiet about his plans.

“I don’t know, man,” he replied when asked point-blank if he would be back next year. “I don’t need the money. I’m set. I’m healthy. I’ve got my whole life ahead of me. But…” His voice trailed off to a whisper as a tear formed in his eye. “It’s hard. To know when to go. To say goodbye. Baseball gave me everything I ever dreamed of…so how do I say no? I’m not a quitter, man.” The tear from his eye slid down his cheek, landing on the baseball in his right handed. He wiped his eye with his shirt sleeve and rubbed the ball fiercely. “I just don’t know.”