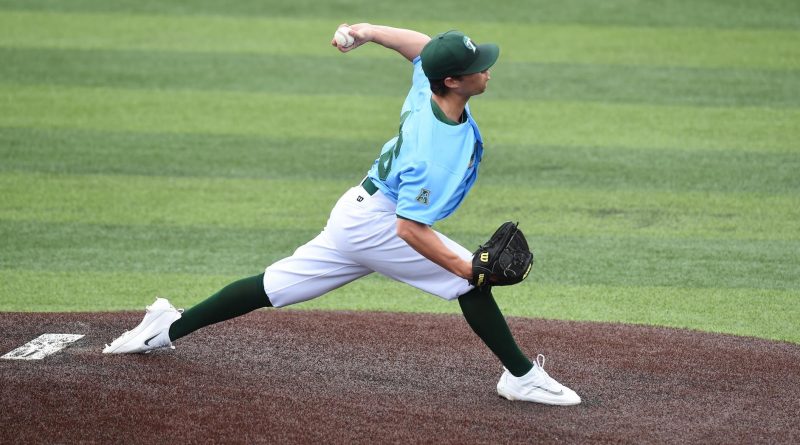 No team has knocked DC off of the top of the pedestal for the best farm system in the league. DC, however, has traded away plenty of top prospects, and a lot of their former prospects have also seen their debuts with the big league club. With Indianapolis trending closest to DC last year, will they finally surpass DC?

DC doesn’t have the star power at the top of their list like they have in seasons past. However, Ken Karbach remains at the top of the list, and they still have a good group with Dermott Main, Dave Torres, and Seth Faust. They’ve also acquired three new top 80 guys since the last list – Travis Emery, Chris Locke, and Aaron McCrary. They are a young team vying for promotion, and they still have seven more guys who could make an impact on the big stage later on.

It’s been a long climb for Wichita, but they finally did what they needed to do – trade Chris Abbott. Funny thing is, almost none of the result from that trade mattered into their ranking. In a mere year, they’ve acquired a fearsome big 3 in Sergio Avena, Craig Tipler, and Bobby Simpson. All three of those players rank in the top 10, and that would be a fearsome rotation to face off against if all three develop. Outfielder Mike McGinley should provide the major thumper that the lineup needs, and they’ve got Matt Ellis and Austin Nemeth, two sure handed shortstops, to get the infield defense.

LA traded Aaron McCrary to DC to get Chris Hunter, a 15 year old starter and a 2nd round selection. The trade’s value hinges on Hunter’s chances to develop – if he does, LA has won the trade, otherwise DC seems to have won. Their starters look good for the future – Kenny DeWitt and Juan Sanchez look to be perhaps the best 1-2 in the league in the future, while their two relievers on the list – Leonardo Martinez and David Williams – look to be a great back of the bullpen. LA is thin on hitters, though, as their only hitter on the list is Utility man Orlando Chavez.

Cincy is high on the list for a second year in a row, and it’s headed by Tony Varela, who could be a true ace in the league. Shorstop Ramon Millan, who the Royals traded up to get, draws comparisons to Ernie Horton – similar hitting styles, though Millan gets a slight nod in the field, while Horton is better on the basepaths. They acquired starter Victor Companioni from the Eagles, while their outfield looks good with David Perez in center and Jason Isley in right.

Dallas is in second place right now, and only a fool looks at that team and says their stars will be there in a few years. Keith Bush, while still looking like Keith Bush, has seen his velocity drop, his walk rate has increased, and his strikeout rate has decreased. Chris House is old, Adam Borne is getting old, Jim Forrestall is old, so they need their prospects to pan out.

Josh Martin is the best pure hitter in the minors in the CBA, and despite worries about his attitude, has definitely gotten better since he entered the Devils’ system. German Ruiz appears to be headed to stardom as a third baseman, and Juliano Castelo is looking good in the outfield. Their pitching might be weak now – only reliever Brian Ayre makes the list, and it seems like he might be called up soon – but future drafts should yield good results in Dallas.

You can hear robots shouting “Trust the process” in their geeky little voices in the streets of Bay Area.

Gone are the days of, “Bay Area! It’s getting scary-a!”, and in come the days of hope. Of fearlessness. Of promotion.

We know their pitching is good in the BL. But you see, their pitchers graduated, and now the only people left on the list are hitters. Bay Area has their future infield in prospects – Guan-Pei Yao at first, Andy Rodriguez at second, Leo Giraldo at third, and Jose Perez at short. Considering they’re solid everywhere else on the diamond, this is the crew that will be the final piece for Bay Area.

Indy fell thanks to their callups of Aaron Schneider and John Davies, but that strong rotation remains intact in the minors. Scott Bradford, Brian Latimer, and Alejandro Ramirez represent a good rotation for Indy, while newcomer Warren Easter picks up a spot in the middle of the list.

Some question whether or not it’s ethical for Carolina to tank this much, headed toward their third straight #1 pick.

In the words of our president, The Rock, he has something to say to the naysayers:

“IT DOESN’T MATTER WHAT YOU THINK”

Because eventually Carolina should wind up with a winner.

It’d be a disservice to talk about prospects without looking at the #1 prospect, and #1 overall selection in the previous draft, Chris Anderson. He is a once in a generation pitcher, with some projecting he’ll be one of the greatest pitchers to ever play in the CBA, past, present, or future. Throw in Alberto Cruz and you’ve got the best 1-2 punch in the league in the future. They’ve got a few hitters in Salvatore Gutierrez, Nelson Aguirre, and Kevin Monckton – however, all three of them are a long distance away. This plays out to be a slow, but steady rebuild for Carolina.

Detroit features three hitters – Niccolo Sapia, Efrain Rodriguez, and Rodolfo Rivera. It seems like what Detroit needs, Detroit has in the system – unless that need is a pitcher. Throw in an aging staff, and Detroit may need to focus more on pitching in the drafts – but not to be outdone, Zachariah Patoine (Wow, bonus name drop!) may soon find himself on the list, after appearing on previous ones.

Arizona makes the list despite having no draft picks to choose in the next two drafts. Their strength comes from their teens, with Jesus Jaimez, Bobby Davila, and Francisco Garibay notching votes in the top 50. However, all three are a few years away, but Arizona’s moves should ensure their well being until those three are ready to be called up.