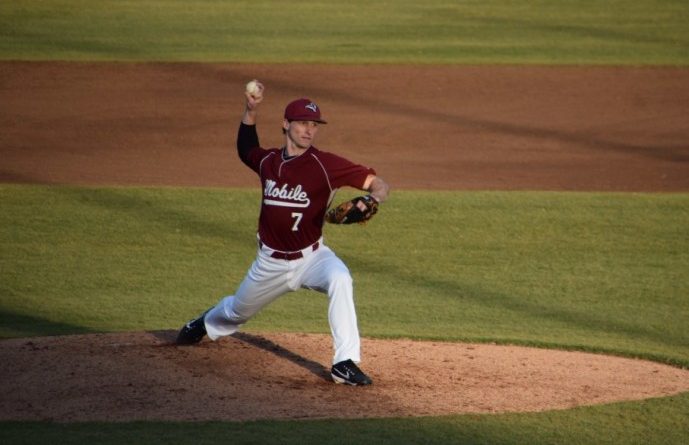 Each and every team in the Premier League has gotten there a different way. Consider Dallas, who has been finishing first or second every season. Chicago, who won the inaugural season but appears to be headed to demotion this season. Arizona, who has always been seemingly on the brink of relegation, only to stay in the Premier League for their entire tenure. Miami, who has found the right person at the right time to carry their team. DC, whose rebuild has yielded fruit and blossomed into a current third place spot.

Today, we take a look at the formula (and, we take a look at potential up comers for the next season – those in the SL who have a chance to be promoted) and find those teams who have what it takes both now and in the future for a long Premier League run.

1. Have a Premier League Worthy Ace

Sounds simple enough – have a pitcher who is good enough to be tops in the Premier League and you should be set, right? Well, let’s run down the list:

2. Have a Back End Bullpen Ace

All the Premier League teams have a guy who a manager can rely on in a pinch and get outs.

Most of these guys, however, are starting to age – the average age on the list here is 32.5 years young – so some guys will have to step up to take those spots. However, there isn’t much need to panic – there are also some bright young relievers in the PL. All of these guys are 28 or younger:

All seven of those guys are rated at 55 overall or higher by OSA relative to the Premier League.

3. Have Another Guy at the Back End

Yes, most (not all) of the Premier League teams have a second guy in their bullpen.

Their average age is an even older 32.8 years old – so, potentially, we won’t be seeing as many dominant relievers in the near future.

4. Have a Legit Speed Threat

You know, a guy who, as soon as they reach first base, could get to second base on any pitch. (Almost) All Premier League teams have a guy like this on their roster, but how much they utilize him is dependent on the manager. Perhaps you’re like DC, who have 45 more stolen bases than second place in the league (but also have been caught 14 more times than second place). Maybe you’re like Arizona, who rarely steal at all (through 80 games they’ve only attempted 27 stolen bases, and been successful about half the time). Still, we have this list of base path blazers:

5. Have a Star Outfielder

This outfielder doesn’t necessarily need to be putting up huge numbers with the bat – for example, Chicago has Jeremy Munroe making unbelievable plays out in center – but every team has a guy in the outfield who can sell jerseys (and some teams have multiple guys out there):

Now, some teams will feature more than two remaining stars, some less, but for the most part you’ll find that teams have these two positions covered nicely. Once again, we’re looking at you, Chicago, for the no-bats-but-great-fielding part of the equation:

Lastly, look to get a person who can hit the longball at DH. We’re looking for somebody who can drive in runs, and be an all around productive hitter. This is ultimately the last spot to be filled on most teams – after all, finding a guy in the field who can hit is a bigger priority than finding a guy with equal hitting skills who can’t get a ground ball a foot beside him – but top teams find a way to fill in the spot:

Now that we have a simple seven step process, let’s take a look at some potential teams who fit the bill well both now and in the future. These teams can come from the SL and the BL, and we’ll be judging them based on the above guidelines:

One thought on “Formula for a Premier League Team”