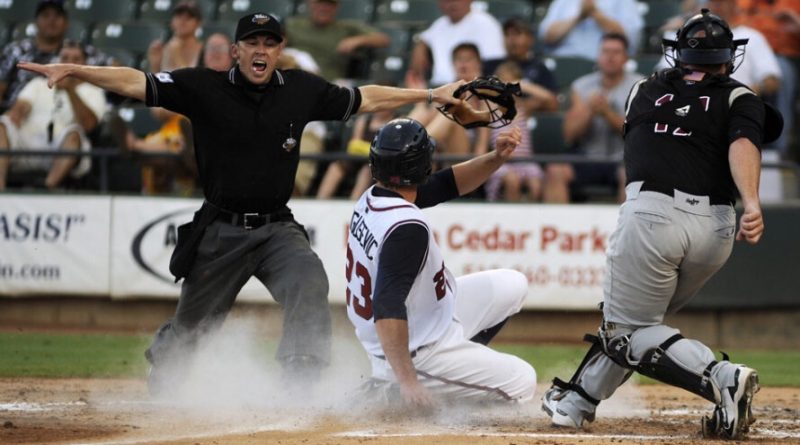 The 2025 CBA season is approaching rapidly and I for one could not be more excited. The offseason is where championship teams are made, but the actual playing of games is why we all fell in love with the sport. Despite every team having the same overall goal of winning games and ultimately a championship, every GM has different visions, preferences, and ideas on what players and strategies will help them most effectively accomplish that goal. It is those unique opinions that made these bold predictions so interesting and in many cases, surprising to compile.

For this article I compiled different predictions from the GMs in the CBA and gave my commentary on them. My commentary aims to add support to these general manager’s crazy predictions as well as in some cases criticizing the opinions for not being that bold. So without further adieu here are your 2025 CBA bold predictions.

Although all of you have different views, it seems that many of you GMs have foreseen the demise of the Dallas Devils. It got to the point that I had to ask for different submissions because everyone was predicting that Dallas would fail. I believe that this is actually a testament to the success that Dallas has had since in inception of the CBA, because everyone thinks them failing is a prediction that everyone else would find incomprehensible. In order to prevent this article from being overrun with hot takes about Dallas, I decided to only include the two most salacious predictions predicting their demise.

This one was simple, sweet and to the point. That being said I do not buy it. They have literally never not won the premier league. They also did it in dominating fashion, leading the PL in FIP and OPS in 2023 and 2024. Although, they did finish a measly second in wOBA in 2024 after leading the category in 2023 so their rapid decline is clearly evident. They have obviously not been as successful in post-season play, falling to the upstart LA Chilis in the 2024 Tournament of Champions, and they do have a lot of aging players on their team, but I do not think that their demise is imminent, especially not this upcoming season.

Although they did not come from the same GM, the author of the previous must have been counting on a decline in output like this from many of Dallas’ players. Although, this prediction is particularly extreme. Bush has the award for best pitcher in the PL named after him for goodness sake. He has had such a stranglehold on the award that he has not let anyone else win it. That being said, he will be 36 in April. His control has dropped to a 40/40 OSA, which is far from elite. However, his highest BB/9 is 3.7 (in 2023) so the leap to 4.5 would be pretty significant. In addition, he posted the lowest ERA of his career last year and of course, as I previously stated, he won his namesake award, receiving 24/25 first place votes. I think that Keith Bush has at least one more year of being an elite pitcher and I think he should be the favorite to win the PL pitching award for the third year in a row.

As everyone knows, Sacramento won the Silver League in 2024. That being said, the team that won the Silver League in 2023, Cincinnati, barely avoid relegation in 2024. The other team that got promoted to the PL, Denver, also finished under .500, a full 30 GB of first place Dallas. If Sacramento is to win the PL, they will need to rely on their great pitching and improve their hitting, which finished fifth in OPS in the SL during the 2024 season.

What makes this outrageous prediction even more bold is it specificity. Predicting a tie at the top of the league in a 126 game schedule is certainly statistically unlikely. That being said it has happened before, but that tie was between Dallas and Detroit, the class of the league thus far (sorry Bob). I think Sacramento is a good team, I just do not see them competing on that level just yet and in addition, the statistical unlikelihood of a tie makes this prediction one of the boldest I’ve received.

The Silver League’s MVP award is named after Mr. Rodriguez, and every GM in this league would agree that he is a superstar that is only going in to his age 30/31 season. He has all of the tools to succeed in the PL as well and I would be surprised if he does not get votes to be the MVP of the league. With that being said, I do not think Buzzy has a chance in hell of winning the award unanimously. Every GM thinks differently and has biases towards their own players. The highest percentage of first place votes amongst MVP winners last year was Steve Nelson’s 82.6% in the Bronze League. If I could use one word to describe the CBA GMs, it would be opinionated and I just do not see all of those opinions matching for Jose Rodriguez being deserving of the PL MVP, or for anyone winning any end of season award for that matter.

In order for Rodriguez to win a unanimous MVP, he would probably have to win the batting title. Therefore, if the previous prediction turns out to be true, this one has no chance. From what I gather, scouts are very opinionated on Underhill with ratings all over the place. Based on his 6 year/ $47 million dollar contract Detroit probably thinks this prediction has a chance. Detroit being back to back league wide champions makes me more inclined to believe in his scout than others. With that being said, there are a lot of great hitters in the PL. The batting title is an average award and despite Underhill being an undisputed power hitter, his contact is questionable with a 50/50 rating OSA for contact. This would make it seem unlikely that he can win the batting title.

Chatter around the league after the Juarez signing was very positive. I think most people believe that it was a great signing for Miami and many teams were regretful that they did not make an offer when they saw the price he signed for. However, to quote my close person friend and food network icon, Guy Fieri, this prediction is “off the chain”. If Juarez were to win the triple crown it would not be a bold prediction to say he would win ROY or be an all-star at 3B, but obviously winning the triple crown would be very tough. OSA has him with good contact and power ratings, but not ridiculously good enough to win the triple crown, despite the Warriors’ hitter-friendly ballpark. I think it would be a bold prediction to say that Juarez would win even one leg of the triple crown due to him having no statistical history at all to back it up.

At first, I honestly did not think this prediction is bold. The Roar was in the PL last year and based on that it does not seem inconceivable that they could do well in the SL. However, the OSA ratings for his team are certainly not super impressive. In addition, the Roar were projected to finish only fifth in the SL in James Austin’s pre-season projections. Nevertheless, I would say that this is one of the most conceivable predictions that I received. They have a very strong middle of the lineup and a good staff led by Steven Mrazek. If they avoid injuries, I think that this prediction could actually come true. If it does, they will be right back in the PL next year.

This prediction is the opposite of the one above, and in my opinion, it’s bolder. In 2024, the two teams that had been relegated from the Premier League following the 2023 season were Philadelphia and Portland. Philadelphia and Portland were very successful in their first season in the Silver League, finishing second and third respectively with Portland advancing back to the Premier League in the promotion series. This is obviously a very small sample size, but it shows that teams that come down from the PL have been very successful in the past. That certainly makes this prediction bold. However, the Monsters have been selling off assets left and right. They are now far from the same team that made the Premier League following the 2022 inaugural season. I would classify this prediction as bold yet certainly not impossible

There is a fine line between bold and idiocy. I almost want to betray my promise of anonymity for the GMs who gave predictions because this person may need professional help. Like, I am having a real ethical dilemma right now. The mighty Chilis were even able to make the Tournament of Champions finals last season and their GM is clearly a super genius. All of their players could probably simultaneously tear their UCLs and they would still be able to avoid relegations, do the skill, charisma, and passion of their GM. I was hoping that the predictions I got would be bold yet plausible. Bold prediction, more like bad prediction.

The Pandas have only recently been replaced by Carolina as the punchline seller dweller, so the next logical step must be for them to win the whole Bronze League. However, this prediction may not be as so far off. I actually received multiple projections of the Pandas being successful this next season. They have become a very popular sleeper team a la the NFL’s 2017 Oakland Raiders. However the fact remains that they have been perennial cellar dwellers up until this point in the league’s history and it would be a major leap for them to go from there to winning their league in one season. But that is what make this prediction bold #TrustTheProcess.

Scheider was the fifth overall pick in the 2024 draft. He tore up the Senior Winter League this year with .336/.392/.730 slash line in 263 plate appearances. With that being said his BABIP during the winter league was an astronomical .346. It seems unlikely that Scheider would be able to keep that up for an entire season. In addition, it appears that Indy will be playing Big Meech at DH this upcoming season. It is very difficult and unlikely for a DH to win MVP, which also helps make this prediction bold. However, OSA really likes Scheider’s potential at the plate and this prediction is far from impossible.

And there you have it. Your 2025 CBA Bold Predictions. I would bet that at least one or two actually come true. 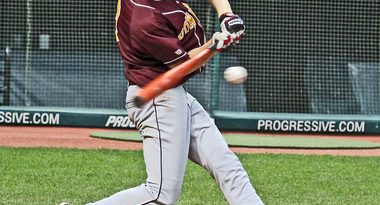 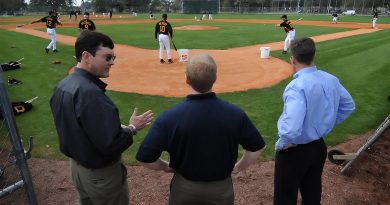 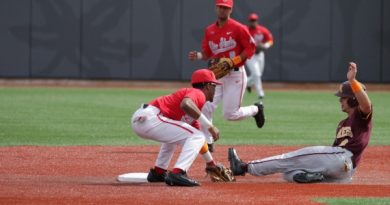