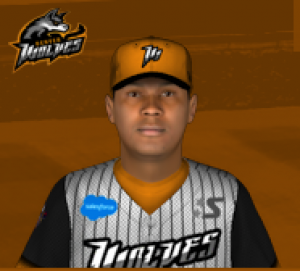 Denver’s Zach Reed became an integral part of the Wolves rotation in 2026. The reliable if unspectacular 34 year old righty made 25 major league starts, logged exactly 150 innings pitched, and posted a 4.80 ERA (4.70 FIP). At first glance, absolutely nothing stands out. Those numbers are the epitome of a pedestrian performance. Taking a closer look makes it interesting:

In short, Reed’s statistics almost completely obscure his effect on the team. Instead of a consistent innings eater, he was a world-beater or a batting practice arm. If this bipolar tendency continues in the postseason, it could be a huge factor in how the Wolves fare in the Tournament of Champions.