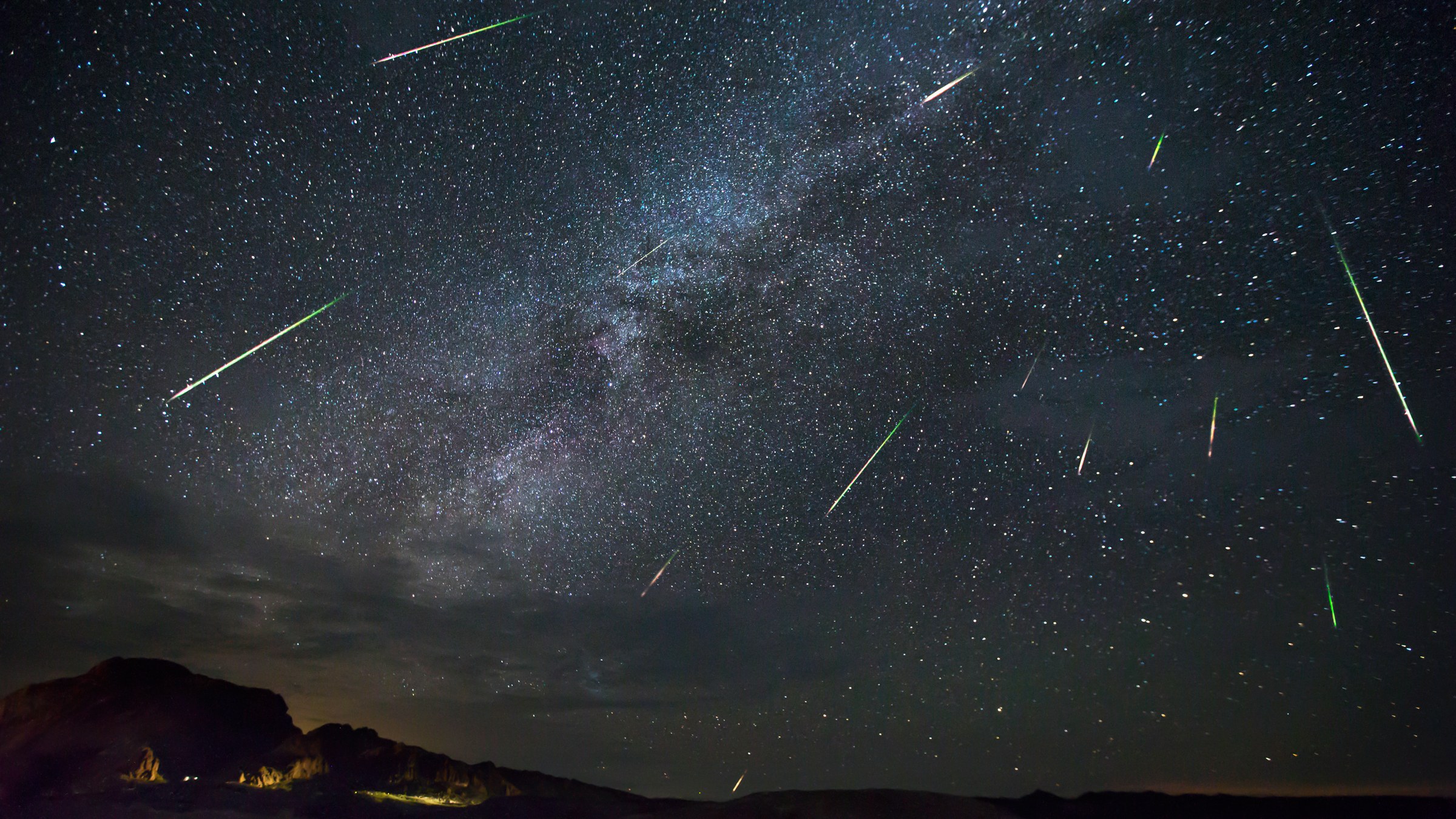 “And the pitch – A soft line drive, OVER THE REACH OF NADAL! STROME COMES IN TO SCORE! THE SKYLARKS WALK OFF AGAINST DETROIT IN THEIR FIRST GAME IN THE PREMIER LEAGUE! SHINKLE THROWS A TWO HIT SHUTOUT, AND SAN DIEGO WINS 1-0!”

“With the third pick in the inaugural CBA draft, the San Diego Skylarks select:

The Iowa Predators are on the clock.”

Skylarks fans knew they were in for a long, painful process when the pick was called – following Mexico City’s reach for Ryan Wright, Detroit’s two year build of Chris Cochran, Arizona’s 20 year old phenom of Carlos Rodriguez, and DC’s “future ace” Aaron Hannah, Joey Norton would be the fifth prospect picked in the inaugural draft. Norton, however, was on an island of his own – Hannah, Cochran, and Rodriguez were near surefire prospects, while Ryan Wright at 16 had a while to go but the most pure talent of any hitter in the draft.

Norton, on the other hand, was 14. Norton also did not carry Wright’s talent.

The Skylarks would go on to draft Jose Sanchez later in the second, followed by Sean Eubank in the third and David Holm in the fourth.

Do you recognize any of those names? You might for Sanchez, as he’s produced almost 30 wins over his career split between San Diego, DC, Chicago, and Indianapolis. If you’ve been around a while, Eubank’s name might be familiar, but for a different reason – he holds the all time record for losses in a single season, perhaps putting up the worst season in CBA history.

David Holm has produced 7.0 WAR over six seasons (five in the BL) with San Diego while also playing for Chicago and Portland.

Their fifth round pick would be Victor Guzman, auto drafted. He was 35 years old and obviously didn’t fit in the San Diego plan – with players ages 14, 23, 24, and 27 on the team, a 35 sticks out like a sore thumb.

At the same moment as that pick was processed, Chicken Little began crying out.

San Diego would make a flurry of deals between the draft and opening day – trading away five players in return for a slew of prospects and picks. I’ll make this return as simple as I can for you to understand – San Diego received eight players in return. Two of them finished their careers with a positive WAR. Both of those guys were pitchers, and finished a combined 19-41 with San Diego. Travis Cannon is the only notable piece who was received, and even then he was traded to Cincinnati later.

In the first trade of the new season, they Skylarks would send Victor Guzman – one of their star players – to Chicago for George Hayes (who would finish his career with negative WAR) and a then starter named Mark Warstler, who has been in the Denver bullpen for the last seven years. Guzman would produce 9.3 WAR in his three seasons with Chicago before retirement.

The trade deadline would see them ship off Tony Juarez, a starter who would find his fit in the bullpen the next season, to DC for two players who would never see the major league field. The next draft, Arizona would trade up from 21 to 7 in a deal that included Juarez being sent to Arizona for an additional first and two second round picks. For the next five seasons Juarez would pitch to a 3.62 ERA and average 46 appearances a season.

The next trade would see Alejandro Lugo dealt to Philadelphia in return for a 1st round pick, Kevin Simmons, and Josh Diehl. Lugo would produce 9.3 WAR in Philadelphia. The first round pick turned into Ryan Gomar, who produced 7.6 WAR in his four years in San Diego before being dealt himself. Kevin Simmons would be dealt to LA before touching the field for San Diego, while Diehl produced 0.2 WAR in his short stint in the majors.

Following the season, the Skylarks would send Mark Warstler to Denver for Adam Duhamel. Warstler has 3.7 WAR over 323 appearances for Denver (and is still playing for them to this day), while Duhamel would last one season in San Diego putting up 2.6 WAR with a 93 ERA+.

So you may have noticed a trend during these deals – the Skylarks aren’t getting the better side of the trade. What happened next, however, changed the fates of two franchises forever.

“We’ve got a blockbuster trade to report for you today – the San Diego Skylarks and DC Eagles have struck a deal that would send two big names to DC in exchange for a slew of prospects.”

Truth be told, that “slew of prospects” wound up as “mountain of nothing”. San Diego got five players and a 5th round draft pick:

C Armando Pizarro, age 17 at the time, has six major league games at Hershey. With -0.1 WAR. Currently playing at Portland DEV-A, he’s 28 at the moment.

SP Jerry Cardenas, age 26 at the time, started 15 games and pitched in 128 with a respectable 3.81 ERA. Retired currently, but holds -1.0 WAR in his major league time.

Finally, considered the main piece in the return: Nestor Gonzalez. Broke out at the age of 20 in DC, albeit putting up -0.6 WAR. Produced 1.7 WAR in two seasons in San Diego, retired at 31 years old.

If you’ve been keeping tally, the amount of WAR San Diego received from that deal was… 1.9 WAR.

DC would receive two players in return. First was a 24 year old left fielder named Jose Sanchez. You may recognize the name because he’s been around a long time – he’s still playing as a 35 year old right now with Atlanta – but you may also recognize the name because he’s 13th all time in WAR. After putting up 1.2 WAR in San Diego, Sanchez would go on to play for DC, Chicago, Indianapolis, Oklahoma, Sacramento, and (now) Atlanta. Career WAR: 33.8.

The other player DC received in the deal was a prospect named Ernie Horton. You may recognize the name because he’s also been around a long time – he’s still playing as a 31 year old in Carolina – but you may also recognize the name because he’s third all time in stolen bases, at 356 through his career. Horton seems to be on the decline now, having put up -0.3 and -0.5 WAR seasons since he signed a 3 year, $36 million deal with Carolina, but his career WAR remains at 24.5, giving DC 25.3.

The team then decided to trade for a loan of Luis Guerra, sending George Gille and Mike Torrance to Chicago. Guerra would produce 1.8 WAR en route to a 9th place BL finish that year; Gille would produce -0.3 WAR in Chicago, but Torrance would produce 3.0 WAR and win two gold gloves, while also finishing multiple seasons with WAR higher than what Guerra gave.

That offseason, the team sent starter Harry Galbraith to Miami for Juan Alejo and Jose Moran. The combined WAR between the two was -1.6 WAR. Galbraith so far has produced 20.7 WAR in his career.

Left Fielder Melvin Gonzalez was one of the biggest CBA signings of his time, at 6 years, $42 million. He was projected to be one of the cornerstones of the Skylark’s offense. Just two years after signing he was sent to Atlanta for $1.

Truth be told, we don’t know what most of the picks traded were or what they turned out to be because they left behind little trace – and that’s probably for the betterment. Of the three players that were drafted in the first round – in 2021, third overall (Horton) and 2022, third and 26th overall (Galbraith and Gomar), all three produced a combined 9.8 WAR in San Diego. All three combined to get 61.8 career WAR.

Stephen Shaw was tasked to take over the flailing Skylarks franchise in 2024, and made his first selections in 2025. Jake Quick was taken 5th overall with the San Diego selection, while Zack McKnight was taken in the second round. The two combined for 40 career WAR, with 34 WAR coming in San Diego. The bad trades stopped. The drafting improved. Aside from the questionable pick of Bill Strome second overall (passing on the likes of Kevin Bourque and John Chrisman), between 2025 and 2030 there have been two busts in 11 first round selections.

“And the pitch – A soft line drive, OVER THE REACH OF NADAL! STROME COMES IN TO SCORE! THE SKYLARKS WALK OFF AGAINST DETROIT IN THEIR FIRST GAME IN THE PREMIER LEAGUE! SHINKLE THROWS A TWO HIT SHUTOUT, AND SAN DIEGO WINS 1-0!”